GOT YOUR BACK SISTA

As the registered charitable arm of The Sista Code movement, the vision of Got Your Back Sista is to see women and their children happy, thriving and living independently after escaping the trauma of domestic violence.

Mel’s drive to give women a voice through The Sista Code continued to grow. Bringing women together for a greater purpose, became her life purpose. After holding numerous successful fundraising events and donation drives for women’s refuges and services in the Newcastle and Hunter region, it was suggested that she start a charity – something that hadn’t previously crossed her mind. Mel says, “I went and met with various domestic violence services in the local area to find out where the gaps were in the provision of support for women who had lived in a violent relationship. I was told that a barrier to women leaving a violent relationship was that they had nothing to start again.”

This was the concept that seeded the idea for Got Your Back Sista, and the charitable arm of The Sista Code started operating in February 2016, funded by $15,000 raised at a Christmas fundraising event the December prior.

The first year of the charity was simply Mel at home, sourcing furniture and household items to be delivered to women who were fleeing a violent home, or moving from a refuge into their own home.

Got Your Back Sista (GYBS) has grown over the last four and a half years to now offer a range of services to support numerous elements of a woman’s life so that she can live independently, be happy and thrive.

Commenting on the most rewarding elements of her work with GYBS, Mels says, “Seeing the impact we have on women’s lives who have experienced horrendous trauma from the domestic violence they have experienced. Often when we first meet women at our service, they are shell-shocked, trying to figure how they are going to survive; financially and emotionally. We provide them with furniture and household items so we they can set up a new home – a safe place for both themselves and their children. GYBS them provides a range of programs to help the women live independently and thrive. We partnered with TAFE NSW to deliver a Computer and Admin Skills course which is a pathway to further study and employment. We run a support group, counselling and various programs, such as self-defence classes, how to cook on a budget, financial budgeting, mindfulness and mediation. The other day a new staff member asked one of our women attending a program at HQ what she thought of Got Your Back Sista. The woman responded, ‘It’s changed my life.’”

To learn more about Got Your Back Sista, visit the website here. 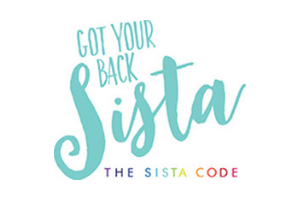